Actors, be yourselves on social media...and other tips 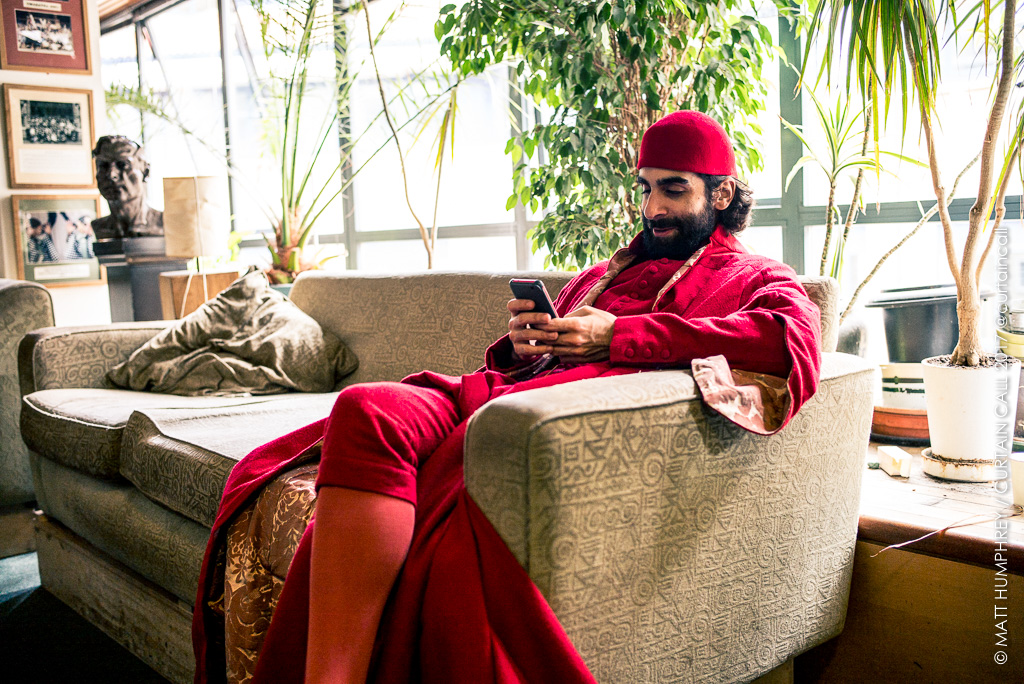 Actors and creatives entering the theatre profession today are likely to maintain a social media presence. So how should you go about it?

Actors and creatives entering the theatre profession today are likely to maintain some kind of social media presence. But it’s a fine balance between nurturing a loyal fanbase and coming over as a desperate egomaniac. So how should you go about it?

Social media can be a minefield and is increasingly the subject of contractural clauses. Cameron Mackintosh clamped down on understudies announcing their appearances in advance, for example. And there are other pitfalls. I unfollowed one actor this week simply because he was filling his feed with his own praise - nothing in breach of contract there, but it's just plain annoying.

For better or worse, social media accounts are an increasingly important part of a professional's identity. Yes, they can be problematic. But if used well they can help to attract the attention of potential collaborators and allow you a direct line of communication with audiences and fans. So here are some general pointers.

There are a plethora of social platforms out there, but don’t try to master them all - it’s impossible. Instead, focus on one or two that play to your strengths. In terms of public profile, Twitter and Instagram provide the quickest way to grow a following, but each have very distinctive characteristics. Facebook is the most widely-used network, but it can be hard to grow organically. See the image above for a useful breakdown.

People follow individuals because they want to get a sense of the real person. Don’t worry about creating that dreaded phrase a ‘personal brand’. Look at the way Tom Hanks uses Twitter - he’s one of the biggest actors in the world but shares personal posts with  humour  and self-deprecation (though he also signs off every tweet ‘Hanx’ - don’t do that).

Having said this, remember that casting agents and potential collaborators are likely to see your profiles, and oversharing about your personal life can make you seem unprofessional. Common sense applies. If you get a call confirming you've been cast in a hot new show, don't celebrate by leaping on Twitter and broadcasting it to the world before checking you're clear to do so.

Don't fill your timeline up with fans' praise and good reviews. This is really not cool - it just makes you look needy. If your show gets a good review there's no harm in celebrating this, but do it once and leave it there. Reply to nice comments, sure, but do it personally and sincerely rather than as a way of  loudhailering  your own brilliance. Leave that to others.

Social networks shouldn’t be treated as bulletin boards. They’re a two-way street that  favour  those who are willing to get involved in the conversation. Be generous by resharing other posts and joining in threads and trends that are relevant to you.

If you follow a comedian and they make you laugh, you will likely buy tickets to their show. If you follow a comedian who tells you to buy tickets to their show, you will likely be ambivalent. In other words, be a great example of your work rather than just telling people about it. Playwright Lucy Prebble's tweets are full of wit and wisdom. The fact she’s entertaining and interesting on social media makes me even more interested in her plays than I was already.

I've heard many tales of actors and creatives becoming overly obsessed with their social media profiles. Try not to. And if you're finding it is becoming addictive, and eating into time that should otherwise be spent on more constructive activities (like, I don't know, talking to people), then take a break. Put. Down. The. Phone.

Having laid out this advice, I'd like to add a disclaimer. Don't feel you have to be on social media - ignore anyone who tells you otherwise. Plenty of successful professionals are not, and they're doing fine. But if it is a world you're comfortable in, and you manage it sensibly, it can be an invaluable tool.

Do you work in entertainment or events?

Access jobs, manage your availability and connect with employers.

Back to BLOG Home

It's Time for a change

5 life hacks from skateboarding we could all use

It's been a sh*tstorm... let's make sure next year isn't.

How we are using grant funding to help connect freelancers
Are you an employer in TV, Theatre or Live Events?